Stuart Garner, CEO of Norton Motorcycles based at the Donington Park race circuit. All rights © stantonphotographic.com[/caption]
Hell for Leather is reporting that all is not well at the new Norton Motorcycles despite Stuart Garner’s very public campaign to demonstrate the vitality of his effort to revive the iconic brand. The HFL story originated with a piece from BikerGlory, and it includes some serious allegations. We thought it might be a good idea to check out what the majordomo at Norton has to say about the issues raised in the most recent stories about the health his company. As you might guess, Mr. Garner begs to differ with the conclusions drawn by some critics on the web and in the British motorcycle building fraternity. 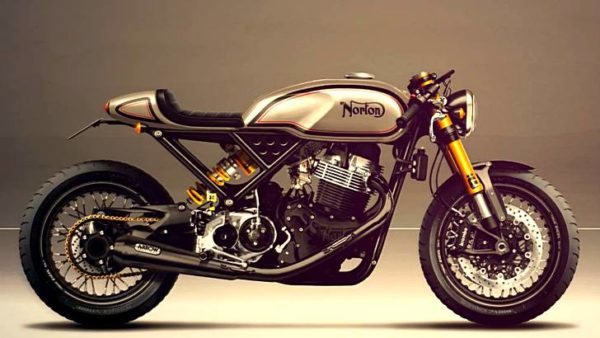 If you had one thing to say to anyone who’s considering buying a new Norton Motorcycle, what would that be? SG: You can trust both the factory and our dealers to support and look after you as one of the Norton family. This is not just for a new sale, but for many years after as you enjoy the pleasure of ownership that your Norton brings.   It’s a tough market at the moment for motorcycle manufacturers. Who do you see as the top players in your market segment? SG: Norton are quite different in our market position and don’t really have direct competitors for the Commando 961. Generally I think the quality US and European brands will do well going forwards, while the Japanese segment is crowded both in brands and models. This segment is going to come under increasing attack from other Far East manufacturers. These bikes are sold on numbers, price, horsepower, and speed. It’s an ever decreasing circle and looks really difficult for the companies to make money in this economic environment.